HULF author Barry Faulkner made the national press earlier this month – and he didn’t even know about it until another Festival regular, David Penny, pointed it out to him.

The reason? It was an anonymous entry in The Times’ diary section, sharing one of the many anecdotes that feature in Barry’s talks. Barry is a popular guest speaker for WIs and other social groups, and he presumes that, unknown to him, one of the diary’s columnists or informants must have been in the audience at one of his talks.

Barry’s popular DCIS Palmer police procedurals are inspired by his own background – not as a policeman, but as a member of a London family actively involved in petty crime. To make it easier to read than the photo, here’s a transcript of the topical anecdote shared in The Times:

LAG TAKES A DIG AT POLICE

As the ground grows ever harder, a gardening tip comes from the criminal underworld. The writer Barry Faulkner’s family were petty criminals and, after a local theft, his father knew CID were watching. For five nights he took a shoebox to his ill-kept allotment, stayed for half and hour, then departed. On the sixth night the fuzz swoopd in, dug the place up and found nothing. On the seventh day Faulkner’s father went back, finally able to plant his potatoes.

Barry, pictured on the far left below speaking on a panel at this year’s CrimeFest, the leading international crimewriting convention, will be sharing more insights and anecdotes like this at HULF 2020, when he will be giving a talk about celebrated London criminals and his family’s own involvement. 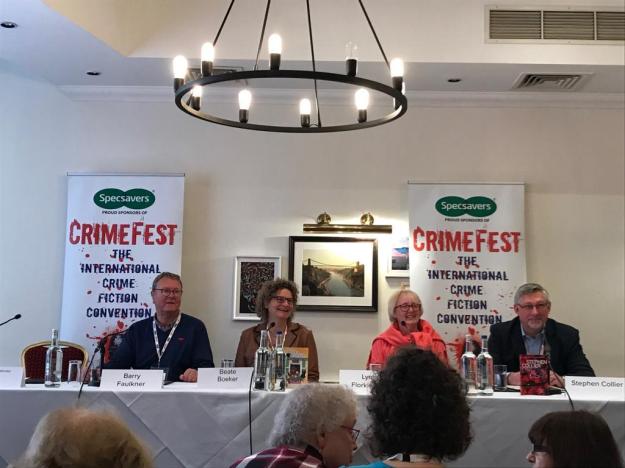 In case you’re wondering, Barry’s own past is blameless. Instead of following in the family tradition, he went into advertising, before breaking into writing and editing comedy scripts for major television series. No wonder his novels are so entertaining! 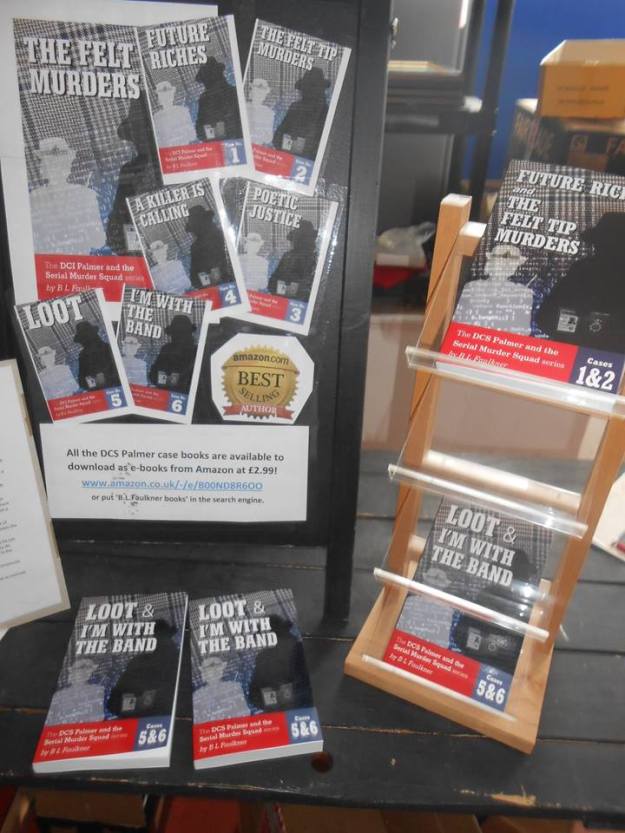 In the meantime, if you’d like to read more about the “Diamond Geezers” featured in Barry’s talks, visit his blog here: www.geezers2016.wordpress.com/.

And if you’d like to read his novels, you’ll find them on Amazon, available in paperback and ebook. All of his books are also available via Kindle Unlimited, so if you’re a subscriber, you can download all his books as part of your monthly subscription plan.